Jessamy Pollock is a Contemporary Jewellery Designer whose work has been attracting a lot of attention lately. She completed the two year Associate program at JamFactory and now works from her studio on level one at JamFactory as a tenant.  We asked Jessamy about her practice:
You’ve gone through the JamFactory Associate program and now work here as a tenant. Can you tell us about the transition from University to Associate to tenant?
I studied at CSU in Wagga Wagga where, aside from at the Uni, there is no contemporary jewellery scene. I didn’t have the finances to start up my own studio when I finished my degree and I lacked the confidence to start out on my own. I had spent a year working for a trade jeweller which helped me to realise that I wanted to work for myself as a contemporary jeweller.

The JamFactory was the perfect solution, the associate program helped me transition from graduate to sole practitioner and small business owner. The associate program demonstrated to me numerous ways in which it was possible to draw an income from a creative practice. I learnt about product design and manufacture. I worked on private commissions and large scale objects including corporate gifts, garden sculptures and public artworks. I learnt how to cost a job, small or large and how to present a design and quote to a customer or panel.
As an associate I discovered a passion for teaching. I gained experience in designing and delivering basic skills classes and design workshops to children, teens and adults.

These are all projects that were out of my comfort zone and I never would have attempted them without the support of the Jam. Now I am implementing many similar projects within my own practice whist continuing to make exhibition pieces.


A lot of jewelers only require a small workspace and work from home. What are the attractions for you of being at JamFactory?
At the Jam Factory I have access to big machinery that I could never afford myself or house such as a metal lathe, milling machine, hydraulic press, magna bender and a large anodising set up. I also have access to mentoring from the established jewelers in the building and have a lot of peer support. The JamFactory also attracts tourists and visitors and generates a lot of publicity. Also, my studio also has a massive window which I can display my work in which generates a lot of interest! 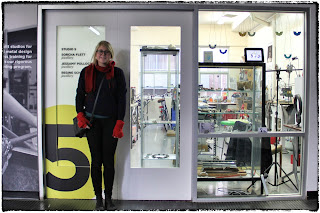 You’ve been the recipient of some grants and awards lately! …
Yes! I was awarded a $10,000 ArtStart grant for costs associated with setting up and marketing my practice. This month I won the Gold and Silversmiths Guild of Australia Award at the Contemporary Australian Silver and Metalwork awards and I’ve also had two series of works selected to be exhibited in Contemporary Wearable’s which is a biennial jewellery award held at Toowoomba Regional Art Gallery. It’s been a really exciting few months!

What is the inspiration behind the honeycomb shaped work?
I have always been inspired by architecture and geometry and I like to employ pattern in my work as a way of controlling proportion. I like this new work because whilst it’s still quite geometric, it has an organic quality to it which I’ve never seen in my work before!


The pieces are all meant to be worn as jewellery; is there some larger scale work in the pipeline for you?
Yes, as part of the Prospect-Us project I will be doing a public artwork in the City of Prospect later this year. The concept is jewellery for the park and will consist of honeycomb forms a little bigger than my wearable pieces. The sculptures will be subtle, but intriguing, adorning selected trees and park benches in St Helens Park. Drawing the attention of the playful and creative visitors to the park, the aim is to encourage play, inspire creative thinking and celebrate the beginning of spring as well as the honeybees’ important role in pollinating and promoting growth in our parks and gardens.

Can you tell me about the CBD Bees project with Natalie Gock and Marcel Hoogstad-Hays?

CBD Bees are a group of bee keepers who want to encourage business owners around the city of Adelaide to put bee hives on top of their buildings. The incentive for business owners is free honey collected from their hives by the volunteer bee keepers! To promote this idea, CBD Bees did a call out for 7 artist to donate their time and skills and decorate a working bee hive for this year’s SALA festival.  The beehives will be displayed at the SANTOS Conservation Centre at the Adelaide Zoo for the duration of SALA and will then be displayed in permanent homes around the city and on the rooftop garden at the Zoo where they will house a colony of bees! 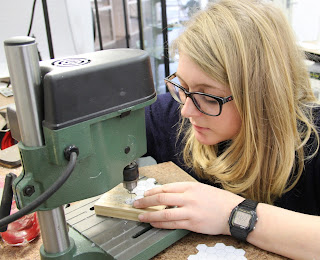 Can you tell us about the Heartland Exhibition at the Art Gallery SA?
That was an exciting project! I was introduced to installation artist Amy Joy Watson a few months ago. We shared the same business mentor who saw potential for collaboration. I was contacted a few months later with a proposal.  Amy was making work for Heartland and was asked by the curator if she knew a jeweller who she could collaborate with to make a range of jewellery which reflected her work and could be displayed and sold in the gallery shop for the duration of the exhibition. Amy thought of me because of our similar aesthetics and use of geometric patterns.

We worked on the entire project together. Amy came to my studio at the Jam where we spent half the day folding and gluing cardboard until we had a set of five forms that we both agreed on. I then taught Amy how to use a jeweller’s saw and drill press, handed her a file and we made the brooches together over a week. Amy even came in and watched the anodizing process.  The project was really fun and we are both really proud of what we designed!
What's next for you?
Well, I have a product range which is about to be launched at Pieces of Eight Gallery in Melbourne. I’m also working on some commissions such as a corporate gift and some silver serviette holders. I really want to do more large scale things, so I’ve been writing applications for public art projects and I’m starting to look at sculpture competitions and commissions. I’m also working towards a solo show which I would like to show next year and hopefully tour. The exhibition explores scale, the phenomenon of the miniature and will consist of large and medium sculptures and small jewellery.

While all of that is happening, I am also trying really hard to come up with a project which will land me overseas…. I have a lot to do!

And for something completely off topic, what are you listening to in the studio?
Haha! Actually I have been listening to a play list of Jefferson Airplane, Portishead, Flume and a bit of Nick Cave and the Bad Seeds... it’s a pretty random mix!

What can’t you do without?
My calipers, my drill press and my hands, also I really love my weighted Swiss hammer, It’s the coolest thing I own! 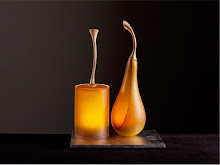 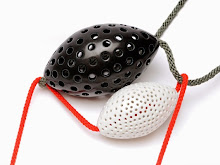 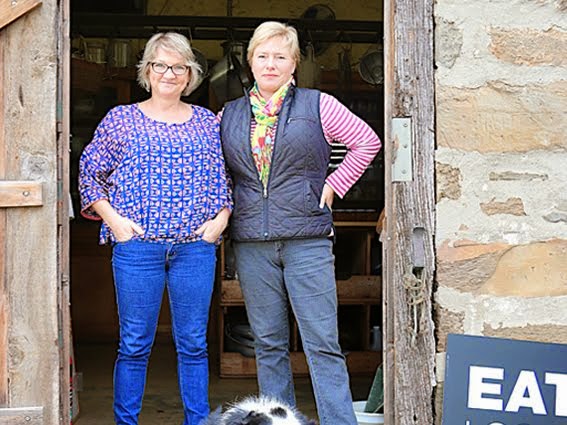